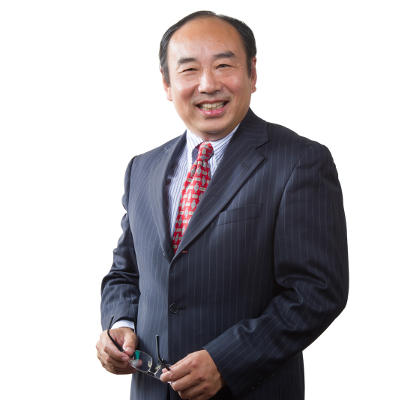 Abraham C. Yu, although not a Texas licensed attorney, is a true law scholar and a leading expert on international matters with profound knowledge in many areas of laws, with China business and US immigration laws in particular, thanks to his over 40 years of diversified international work experience combined with an impressive educational background which includes advanced graduate training in international banking & financing from University of Texas at Dallas (UTD) in 1992, MBA in international business management studies from UTD in 1993 and two LL.M. advanced graduate law degrees from the Southern Methodist University in Dallas (Int’l Comparative Laws, 2000) and from China University of Political Science & Law in Beijing (Environment Law, 1987), among others.

Abraham Yu, also known as “Ching Yu,” is a highly respected international authority on China and was a co-author of the first government commissioned official encyclopedia on China in English language jointly compiled by the British Botanica Press and the Encyclopedia Publishing House of the People’s Republic of China and published by Pergamon Press in England & New York in 1987. Mr. Yu’s personal contributions to this renowned official encyclopedia includes 13 chapters of the entire “Part III, Sociopolitical Structure and Legal System” in Volume II of this three-volume “INFORMATION CHINA, Comprehensive and Authoritative Reference Source of New China.”

Ching’s unique background and rare qualifications in both law and business made him a valuable asset to any international organization, and has appeared in exclusive TV interviews more than 15 times in the prime time night news programming on two of the three major networks (NBC & CBS) affiliate TV stations as well as in two of the nation’s top newspaper “Dallas Morning News” and “Peoria Journal Star” feature stories, offering expert opinions and insightful commentaries on a number of hot topics ranging from illegal immigration to international piracy and intellectual property right protections.

Ching has served many major international corporations as their China business & legal consultant and advisor and has conducted many executive projects, special assignments, feasibility studies, and expatriate trainings.  He contributed in many international projects regarding foreign investment and joint ventures in China and other Pacific Rim countries.  Ching also served as Director of International Training  and conducted numerous EMBA training programs with the late Dr. Steve Guisinger at the “Sino-US Center of Management Studies” of the University of Texas at Dallas, co-founded by the late Dr. Guisinger and the then Chinese Prime Minister Zhu Rongji, for many top business executives from both China and the US.

Abraham C. Yu served as “Senior Adviser” and “Director of International & Immigration Laws” for a number of law firms in the Dallas areas over the past 15 years before “Yu, South & Associates” and is a critical member of “Yu, South & Associates” during and since its founding in Oct. 2006.  He is now the Office Manager, Senior Adviser and Director of Immigration & International Operations at Yu, South & Associates. He also serves as an "Advisor" to Dallas based "White & Wiggins," the largest certified minority owned law firm in North Texas region, on matters involving China business, US immigration laws, policies and strategies.

Abraham also serves in a number of nonprofit organizations and is very active in community service and volunteer activities.  His past and current board membership with various religious and nonprofit organizations includes: Carrolton Christian Academy, Richardson International Arts Center, Association of American Chinese Professionals, and Dallas Chapter of the Buddhist Light Progressive Society, etc. He is also an active volunteer with the North Texas Council for International Visitors (NTCIV), now renamed as “Global North Texas, since 1991 and devotes his time and efforts as a local driver and tour guide to promote the United States through this semi-governmental “citizen diplomacy” program for visiting foreign dignities and special guests from around the world sponsored by the Department of State of the United States.

Among all the hats he wears, Abraham is a loving father and a devoted husband.